Posted by Dr. William Portuese at 3:16 PM No comments:

Posted by Dr. William Portuese at 3:14 PM No comments:

Hi, Dr. William Portuese here in Seattle. Today, I'm talking about dorsal hump removal with closed rhinoplasty. Patients with a large dorsal hump tend to be very self-conscious about that hump from the side profile. And if their nose is crooked they always are turning their head towards the camera at a tangential angle so that their nose looks good without shadow affects. Once we've removed that hump their self-confidence really tends to shine. It really tends to improve. Because they're not having to worry about what angle people are looking at them from. Like a side angle or a three-quarter angle and having to adjust their head position all the time to have a conversation or take a photograph. Take the hump off and the hair's back, and this big smiles and the confidence goes up and they just tend to blossom. The dorsal hump is composed of both bone and cartilage. And it has to be shaved down in order to remove it. So what we do is we make some incisions on the inside of the nose, go in and shave the hump down. Once we shave the hump down we have intermittently, created an open roof, flat top nose deformity. And so we have to then, go in and perform osteotomies in the nasal bones. Osteotomies are little cuts in the nasal bones that allow us to close the open roof created from the hump removal. And that allows the nasal bones to be in a more narrow position that looks refined, feminized and balanced with the facial features. So the surgery itself is a closed rhinoplasty. All of the incisions are placed on the inside of the nose. The stitches are dissolvable. The cast is applied on the bridge of the nose after I've reset the nasal bones more in a narrow position, take and shave the hump off. The cast stays on for about a week. Then there's, anticipate about two weeks of visible bruising and swelling. I take the cast off a week later. And then, there's still, you know, there's bruising and swelling underneath the eyes. And that's gonna take a good two weeks to subside. And then most of the swelling, about 70% of the swelling is gone in about a month after the surgery. About 90% is gone in about three months after the surgery. And then full healing takes about a year. This patient has an over projecting nose with a large dorsal hump. Most of the hump that she has is cartilage. About three quarters of it is cartilage. And about a quarter of it is bone. And that was all shaved down. And I decreased the overall projection of the nose by shaving down the dorsal hump. I did some minor little adjustments to the nasal tip to make sure that it balanced with the bridge line. And then the osteotomies placed in the nasal bones were mandatory in order to close the open roof, flat top nasal deformity that you would see from the frontal profile. So her nasal bones ended up getting narrowed as well. So the whole nose gets smaller. Visibly, the largest amount of change you see on this rhinoplasty is reduction of that dorsal hump and removal of that dorsal hump.

Hi, Dr. William Portuese here in Seattle. And today we're gonna talk about reduction of the bulbous nasal tip. The bulbous nasal tip can be caused from a variety of issues. It can be caused from thick skin which we really can't do much about because rhinoplasty involves cartilage surgery, not skin surgery. So, if you have really thick skin, [You're] probably not a candidate for a bulbous-tip rhinoplasty. However, if the the bulbous nasal tip is caused by thick and wide and divergent cartilages in the tip of the nose, we can refine those tip cartilages with a combination of suture techniques. And these sutures last about four to six months, holding the cartilages together to narrow and refine the tip cartilages. And then we also perform a conservative cartilage removal so that the width and the bulk of the tip is reduced. The suture techniques that we use to reduce the bulbous tip are really a powerful tool that allows us to give a natural appearance. It's still the patient's own cartilages; just, it's sutured together to give a more narrowed and refined appearance. But the sutures are what's important to hold those cartilages in those newer positions that are more narrower and refined and less bulbous. The bulbous nasal tip involves suture techniques and conservative cartilage removal, and usually osteotomies and sometimes spreader grafts placed in the nose. So it's a lot of work. Therefore, the nose is swollen for a considerable period of time. And especially so because we did so much work on the tip itself. So the tip itself stays swollen for the longest period of time, approximately 70% of the swelling is gone at a month after the surgery, about 90% is gone about three months after the surgery, but full healing takes a year. And some patients who have thick skin in the tip of the nose, will require some steroid shots to ensure that the soft tissue envelope over the framework of the nose heals in a fashion such that it's balanced. Because when you do these techniques in patients with thick skin, there will be an extended amount of swelling left on the inside of the nose. After the bulbous tip reduction surgery with those suture techniques, it doesn't look like I did anything to the nose tip for at least a couple of weeks because it's too swollen, because all the work we had to do to reduce that bulbous nasal tip. So, the swelling is such that it doesn't look like I did much. But you start to see what that nose looks like at about a month, and patients really start to see what it looks like at about three months. The bulbous nasal tip surgery will make the tip of the nose significantly narrower, which will balance with the remainder of the nose depending upon if there's a dorsal hump or a wide bridge. But all we're trying to do is, when patients have a really bulbous nasal tip, it's usually the first thing that everybody sees. And we're trying to just make sure that that bulbous tip is refined such that it blends in with the patient's facial features. After the bulbous tip reduction, the nose does look smaller after the surgery. So this patient presented to us with complaints of a very large, wide, boxy, and bulbous nasal tip. In addition, if you notice right above her boxy tip, she was really pinched in the mid portion of her nose, and then she had wide nasal bones. So what we did was, through a closed-rhinoplasty approach, went in and did a conservative cartilage removal in that nasal tip. And then placed some sutures between the two nasal tip cartilages to reduce the 'bulbousness', to give a significant amount of refinement to that nasal tip. And so I also put... Just above that bulbous tip, I also put a little patient's own cartilage called a spreader graft in that area, which transitions the bridge to the tip, and actually builds out that pinched area right above the tip itself, which also helps reduce the amount of look of the bulbous nasal tip itself. She also underwent a hump reduction and placement of osteotomies which are cuts in the nasal bones to narrow the bridge line, so that the nose looks good in all three dimensions, you know side, three-quarter, and front. But she was very very pleased with the outcome of her results. You know we'd performed a closed rhinoplasty approach that gave her a much better aesthetic profile, and a better balanced tip for her facial features.

Hi, Dr. William Portuese, based in Seattle, Washington. I'm a facial plastic surgeon, specializing in rhinoplasty. And today, we're gonna be talking about widening a very narrow nose. First of all, if they have a hump, we have to shave the hump down. That automatically widens the nose. But if they need additional widening, we make some little, tiny cuts in the nasal bones, and we place two little cartilaginous spreader grafts in the upper lateral cartilages and up in those nasal bones, and open up the nasal bones a little bit. And they're held open with those cartilage grafts. The cartilage grafts are harvested from inside the patient's nose, so it's their own tissue. It's not a foreign body or anything. And that ends up holding the nasal bones in a more open and wider position so that the dorsal aesthetic lines look much better, rather than this pinched nose we occasionally see. The spreader grafts that we use to widen a narrow nose are only about two millimeters in width. So, when you put two spreader grafts in, you're only getting four millimeters of width to the nose. That's about a quarter of an inch. But that makes a pretty dramatic and remarkable difference between the before and the after photos. And patients, you know, it really helps that pinched nasal bone, when they're really excessively narrow. At one week after the surgery, the cast is removed. Patients can see their new bridge line, but the tip of the nose is typically very swollen. And so, the tip, itself, takes a long time for the swelling to subside. But, typically, visible bruising and swelling is two weeks. About 70% of the swelling has subsided at a month after the procedure, and about 90% has subsided about three months after the rhinoplasty procedure, and then, full healing takes a year. This is a patient that I accomplished, not only shaving down the dorsal hump, but he had a very narrow, both nasal bones were very narrow, and I ended up widening them a little bit. And I did that by the combination of hump removal, which leaves you a little bit more wider base. And then, I placed spreader grafts between the septum, nasal septum, and each nasal bone. And that widened the bridge line a little bit, along with reverse osteotomies, which are cuts in the nasal bones. And the spreader grafts hold those nasal bones in a wider and more open position, and that way he didn't have that pinched appearance to his nose. In the after photos, all the components of his nose are more balanced, and his nose, just, the tip of his nose doesn't look quite so bulbous, because the rest of the nose has been widened to match his tip. The spreader grafts, actually, probably improved breathing a little bit too, because the nose is so pinched. And we do perform those for some patients for functional breathing purposes. 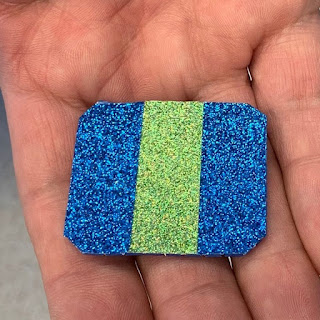 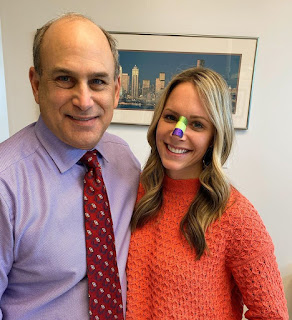 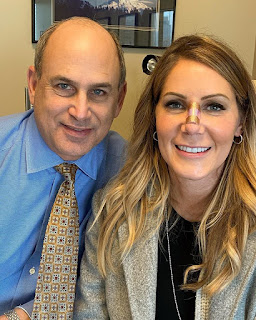 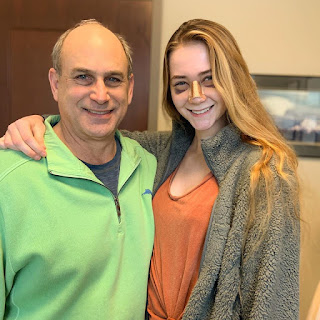 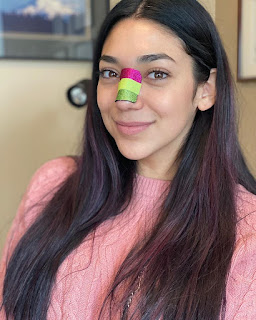 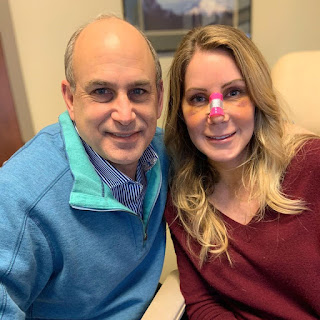 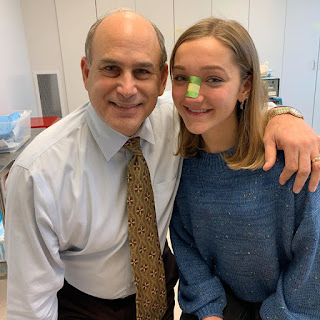 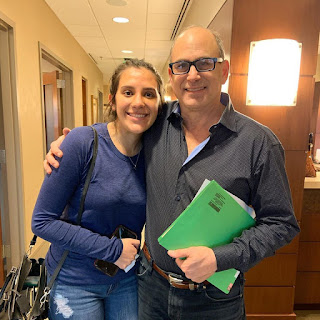 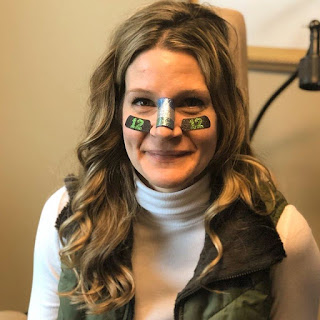 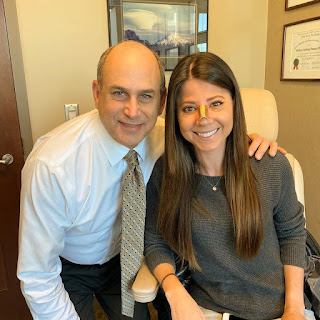 Posted by Dr. William Portuese at 9:37 AM No comments: